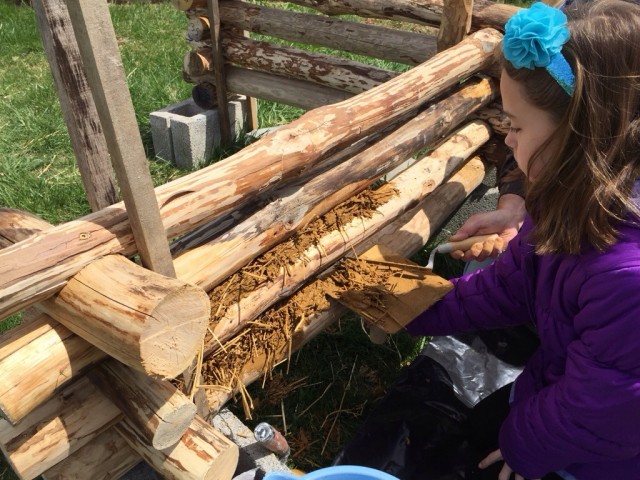 Last Saturday, I became a junior ranger at Valley Forge National park! I got to get a patch and a badge by filing out a couple of packets about what I learned on our trip.  Did you know you can do this at any national park? We never knew!!! 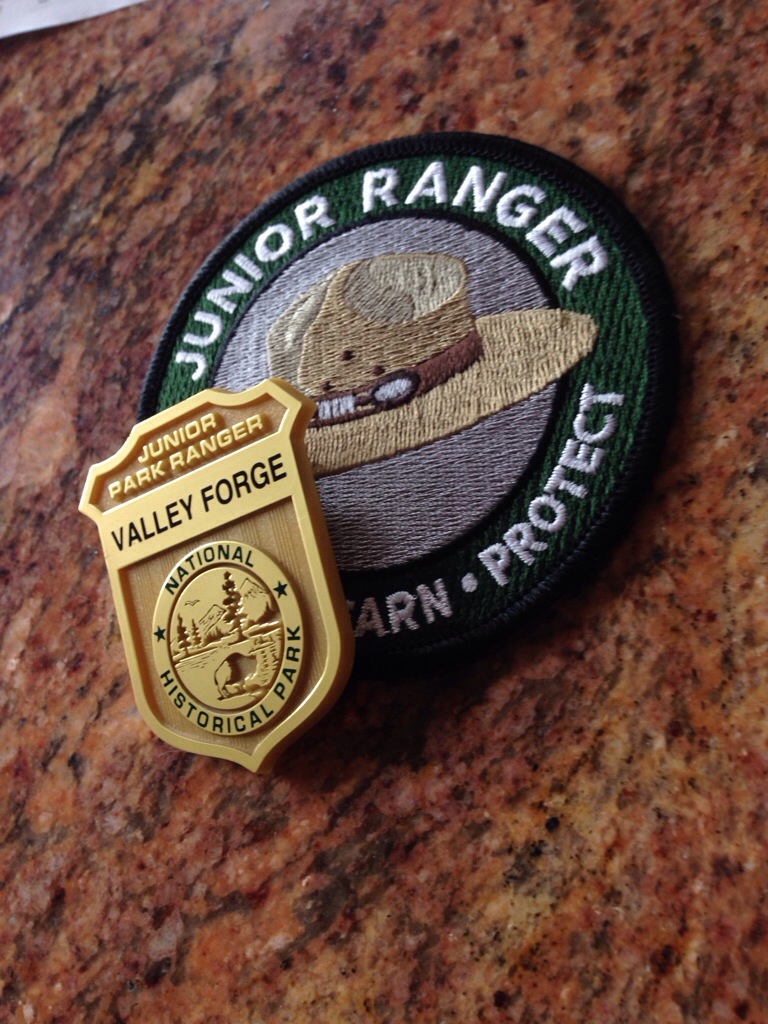 We met the author Frank Murphy and we got his Magic Squares book, and Thomas Jefferson’s feast. He signed them for us and read us another story he wrote about George Washington. He was awesome! He taught us all about how he writes his books.

They had fun activities for us to do too so we could experience history.  I helped make a small log cabin just how they built it in the olden days. I also drew a picture of a log cabin and tree with a piece of charcoal from a campfire.

If you visit a National Park, definitely ask about their Junior Ranger Program so you can participate in it. I love it! this summer we are going to Grand Tetons and Yellowstone so can do it there too. Here are some pictures: 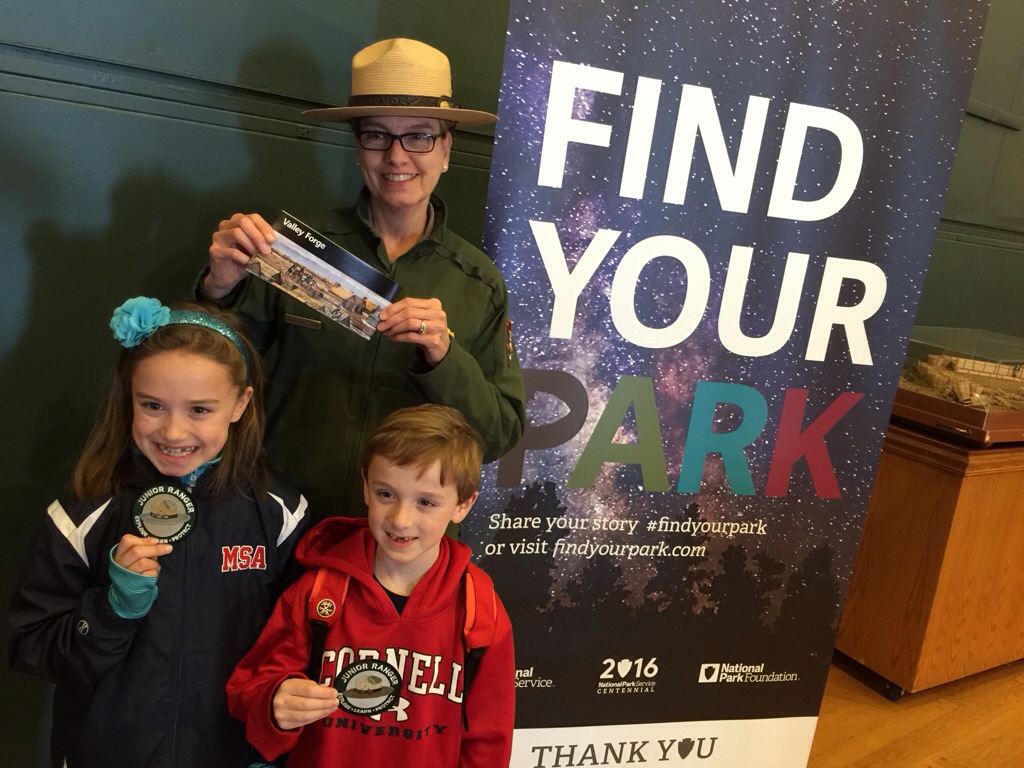 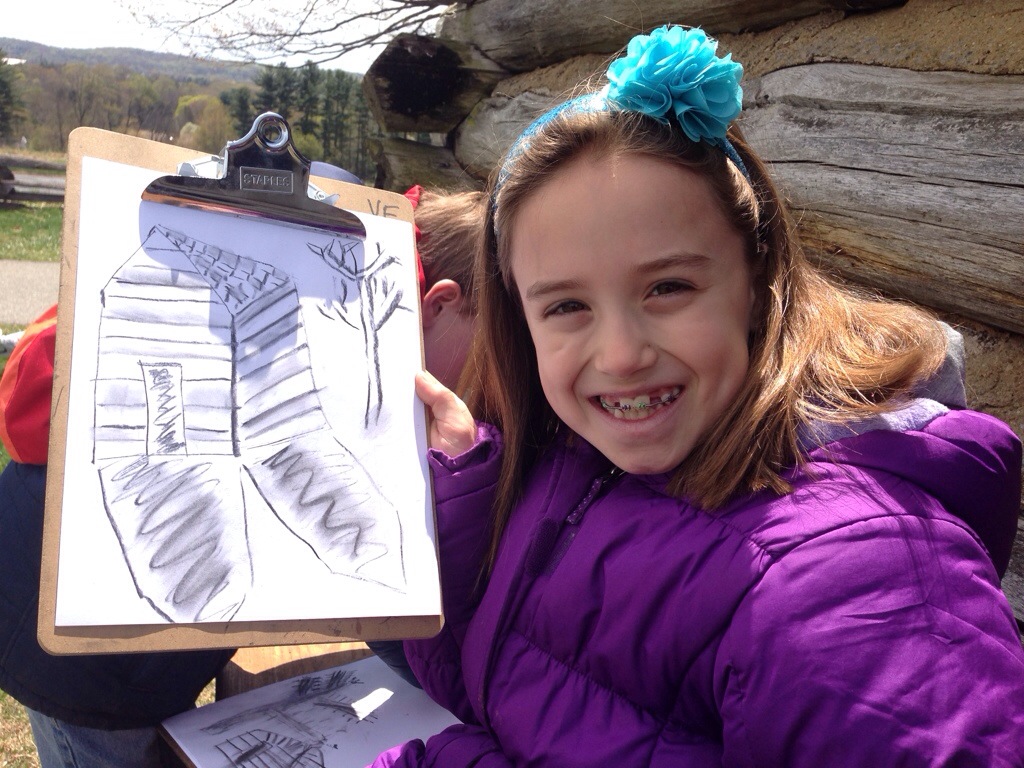 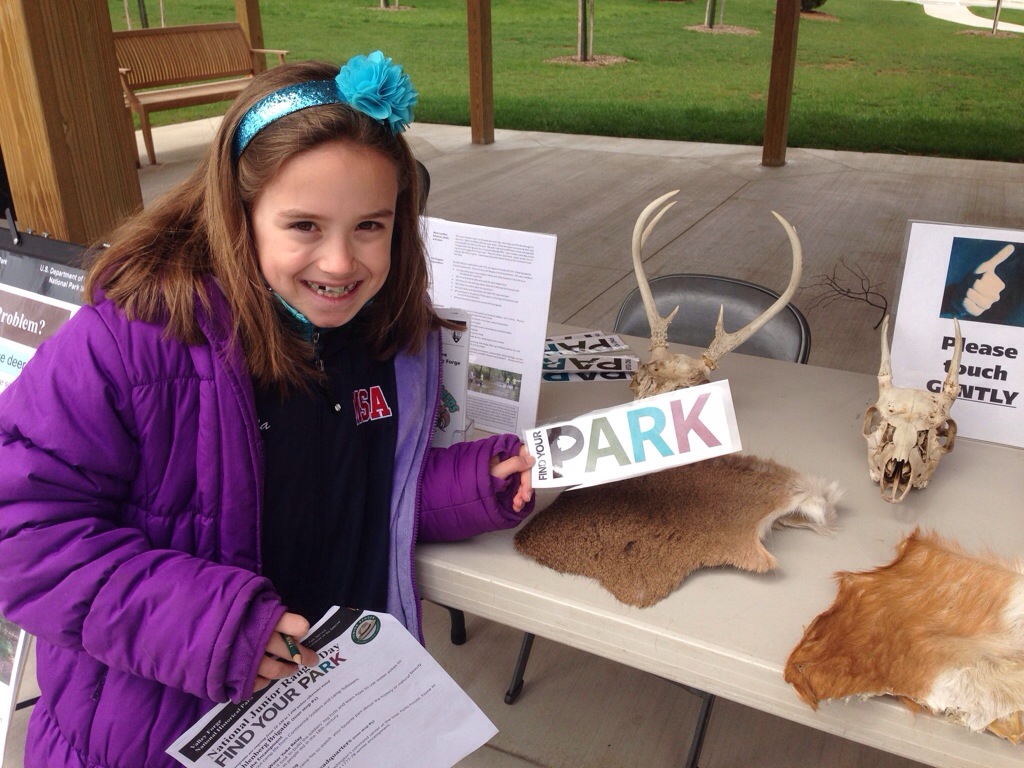 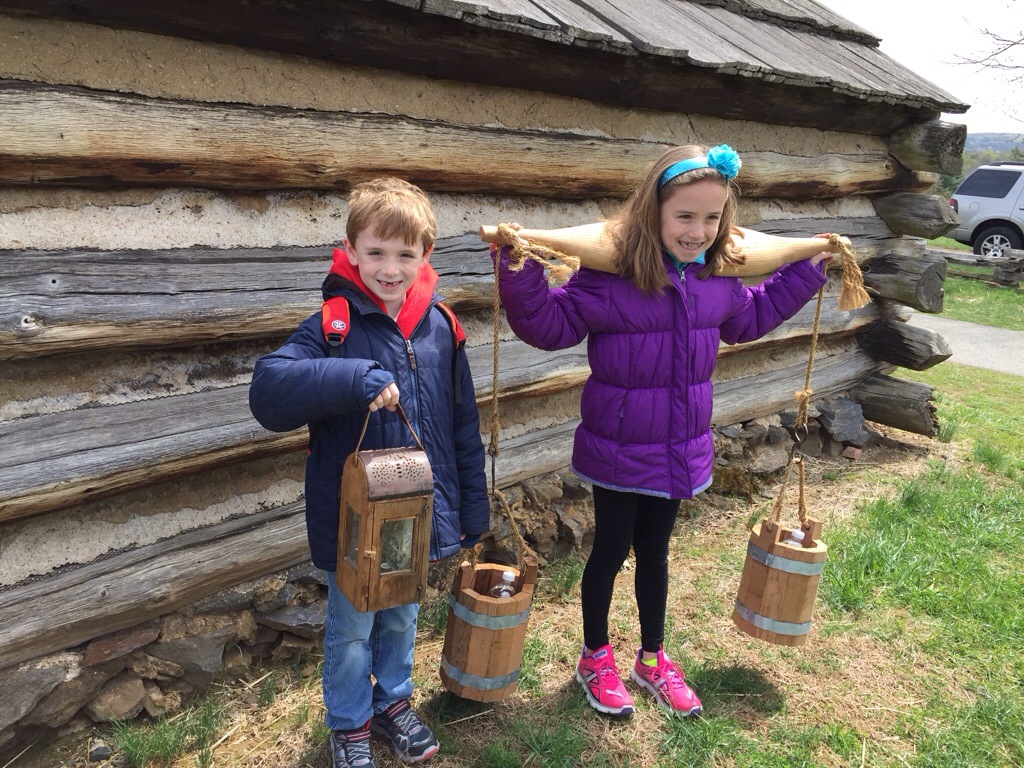 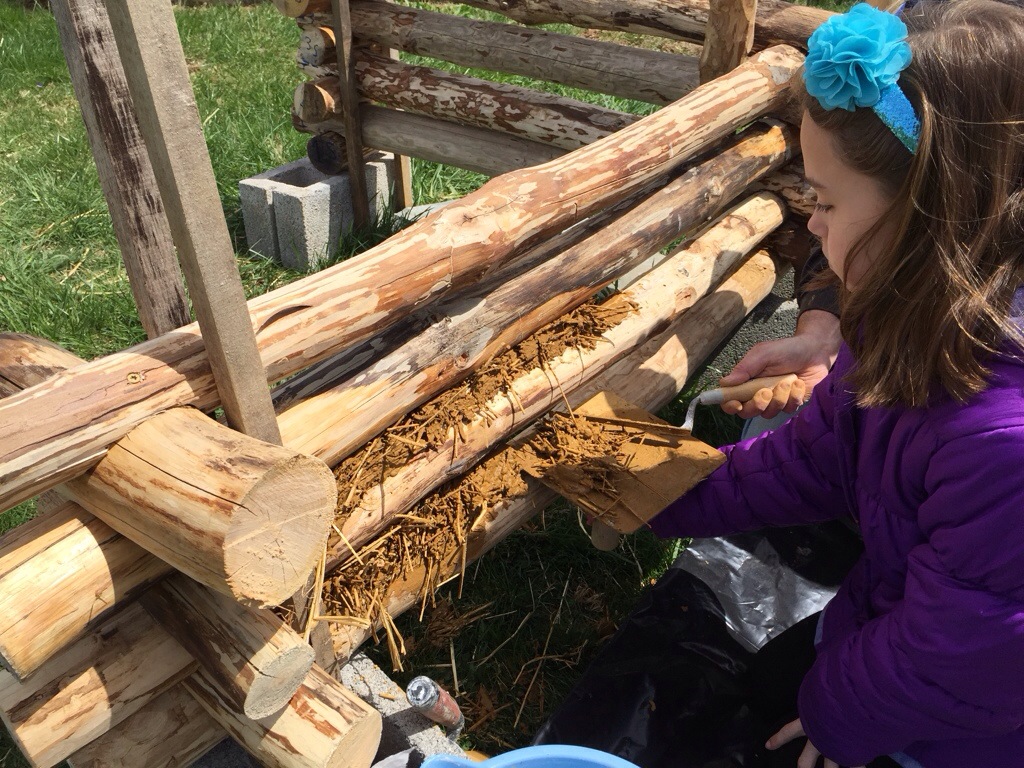 Win it!!Roominate is so fun and I can’t wait to give away a set to one of my lucky readers! Me and my best friend Kate had a super fun playdate and we played with Roominate. Roominate sent each of us a STUDIO set. We made a carousel, bed, ping-pong table, and a desk. Roominate is a great toy and I think it helps your school stuff.  It helps your STEM skills witch is science, technology, engineering, and math.

Check out the REAL working carousel that Kate and I made with the circuit in our video above. And it is a REAL circuit with WIRES and everything. So cool!!

Roominate is letting my site OneKidsLife.com giveaway 1 Roominate Studio Set to 1 lucky reader! Entry details are below. I hope you decide to enter for a chance to win.

Entry Details for my Roominate Giveaway

1 winner will be selected. Eligibility is for US residents and US valid addresses only.

3. Tweet the following for an entry: I’m hoping to win the @Roominate giveaway from @OneKidsLife #LetGirlsBuild

Thanks so much to Roominate for letting us host this giveaway and providing me and my Mom, @ClassyMommy with our playdate toys. As always, all thoughts and opinions are our own. 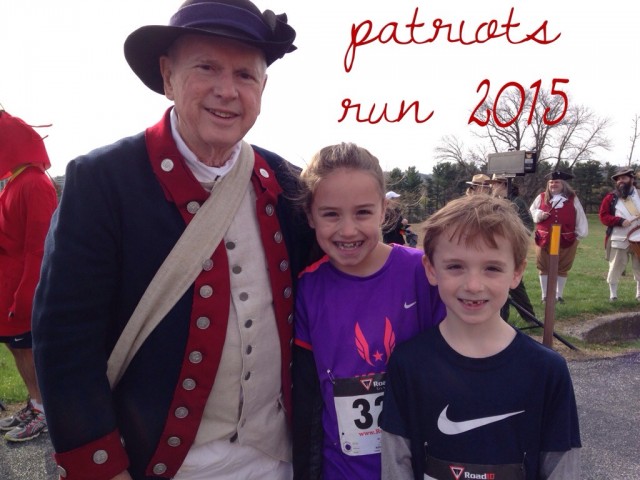 I’m sooo excited!! I ran the little-over-mile race at Valley Forge National Park. It was really fun. My dad ran the 5 miler and got 2nd place!!! Also, my brother, Kyle, ran the race with me and got 5th. I ran 8:02 and won for the girls. I also technically won over all too, because my chip time was faster but I started at the back of the pack. But, it was sooo fun!!! We’re going back for the Junior Ranger program this Saturday. There was also all these little stations where we got free water, and first aid kits and stuff like that. And, for finishing the kids run, everyone gets a medal and certificate. We even saw my Uncle Bill there dressed up as a patriot soldier. He works for Valley Forge so it’s really fun when we get to see him. Did you know I’m a Daughter of the American Revolution too? Thanks so much Valley Forge!!!! 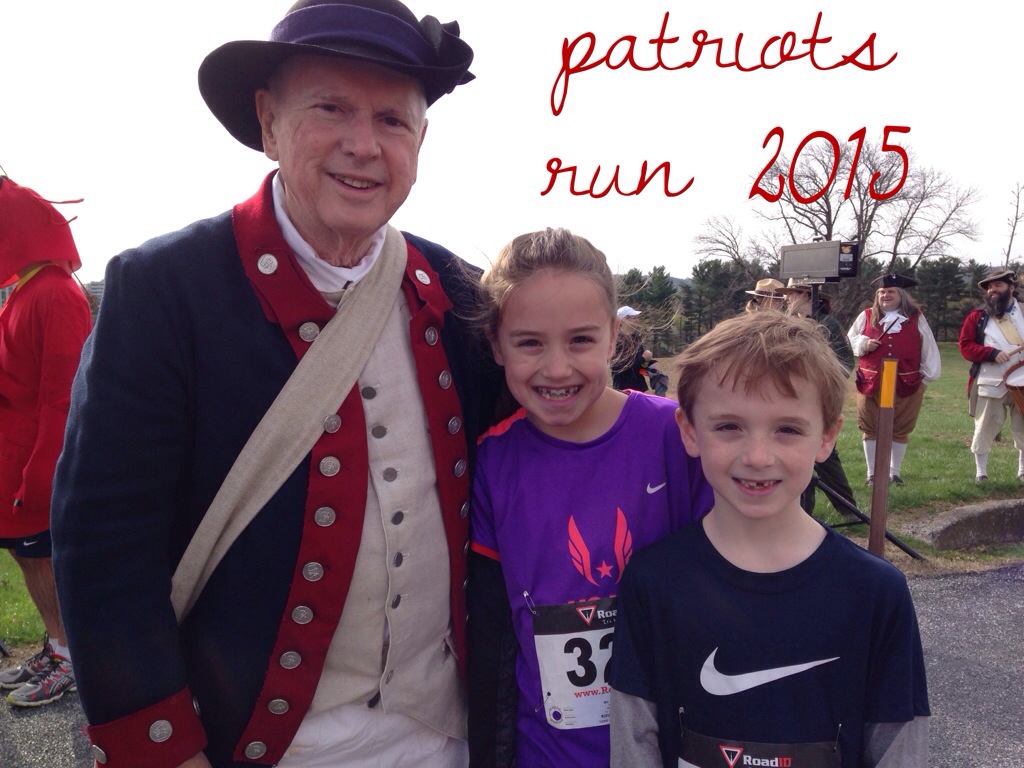 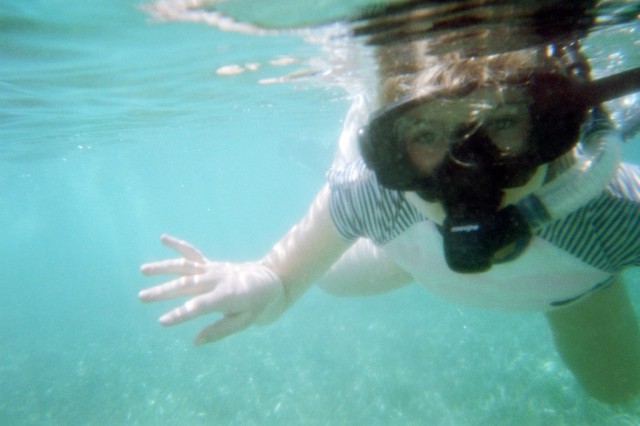 My friend Maddie went to Belize for spring break and she wrote a report about it for me!! I’m so excited- I have a Guest Star! Here’s what Maddie wrote:

Belize was so beautiful and amazing! We went snorkeling and swam with the sharks on the second largest reef in the whole world!!! It was very big and very beautiful. I would highly recommend it! We also stayed near Belize City in a Howler Monkey preserve. If you want to go there it is great but be prepared the howler monkeys sound like dinosaurs! That was in the jungle. We also stayed at an awesome resort in the middle of the jungle! It was very very cool.

When we stayed there we stayed at this little cabin. And guess what- it did not have any walls. It just had screens so the bugs don’t get in. So it was really cool at night for when you are in your bed you can just look out the screen windows, and just see and hear the amazing jungle all around you!

Also, by the way the way we did not have a single bad meal there! Mabey it was just because we were in a good area or it was just because Belize has great meals but either way it was great!!! We also went zip lining and tubing in the jungle. One cave was over a mile long for the tubing. P.S if you go to the resort with the screen walls do not stay at a tree house there, because the stairs are so so so long one of the stairs to a tree house was 240 steps long!!! Well, I hope after my report and this one you are inspired to go to Belize and see new places and do new things and meet new people!!! And even though the trip to Belize is very  long it is all worth it at the end!!!

So, Maddie did all the things above but here are some details: 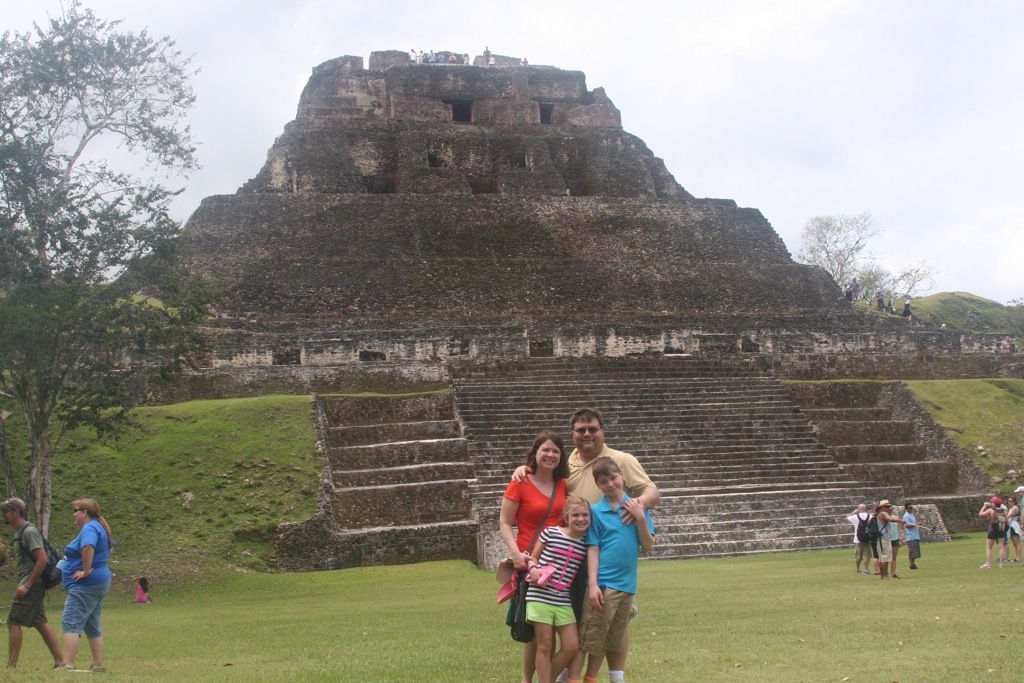 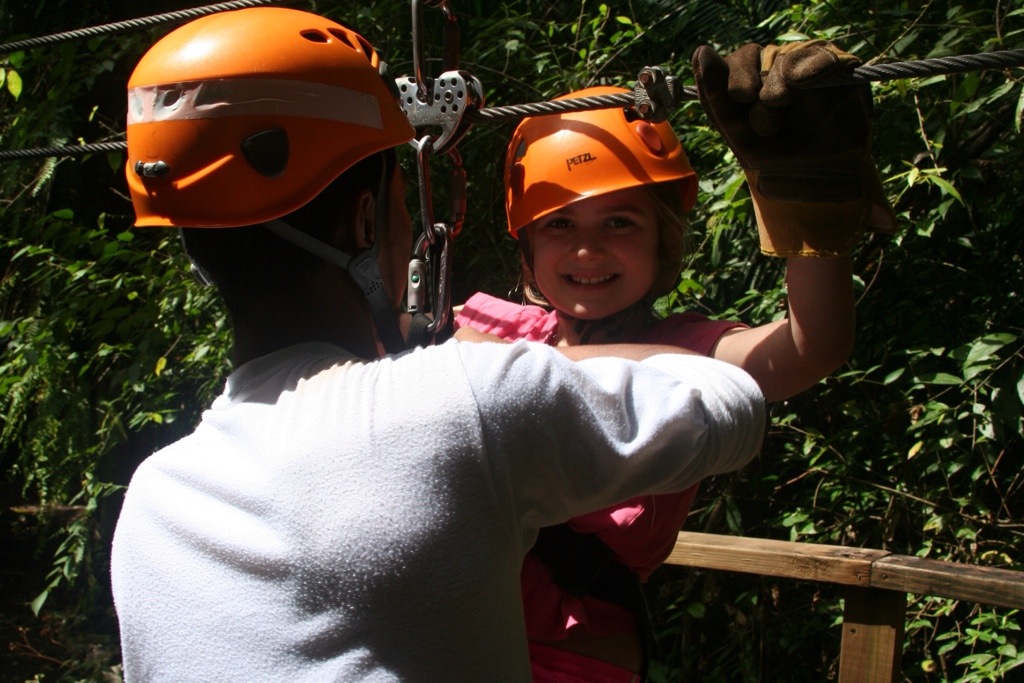 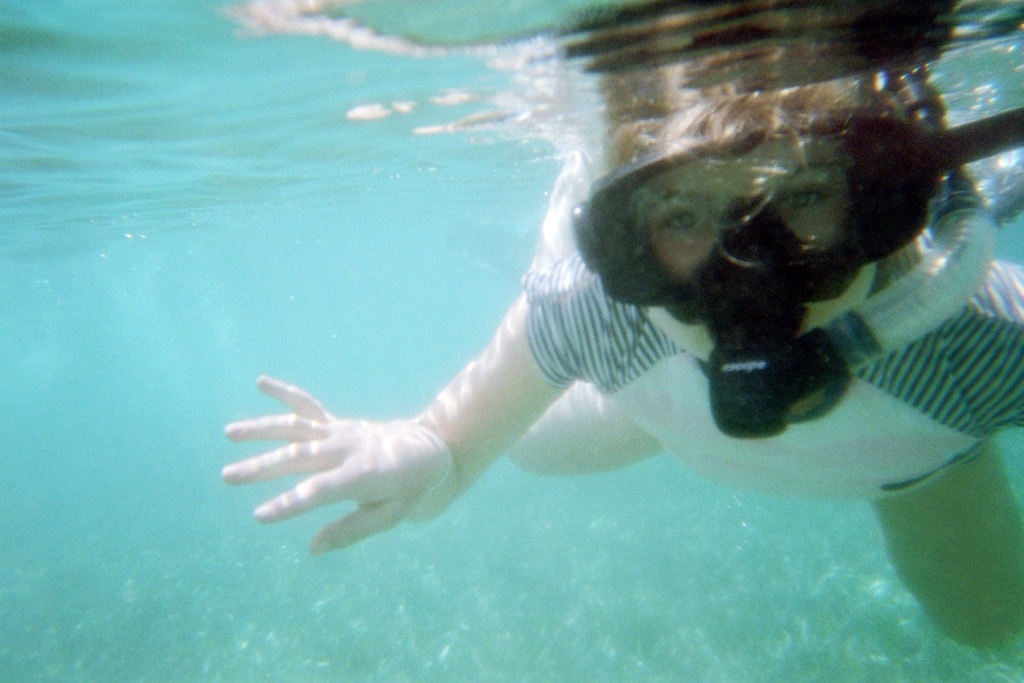 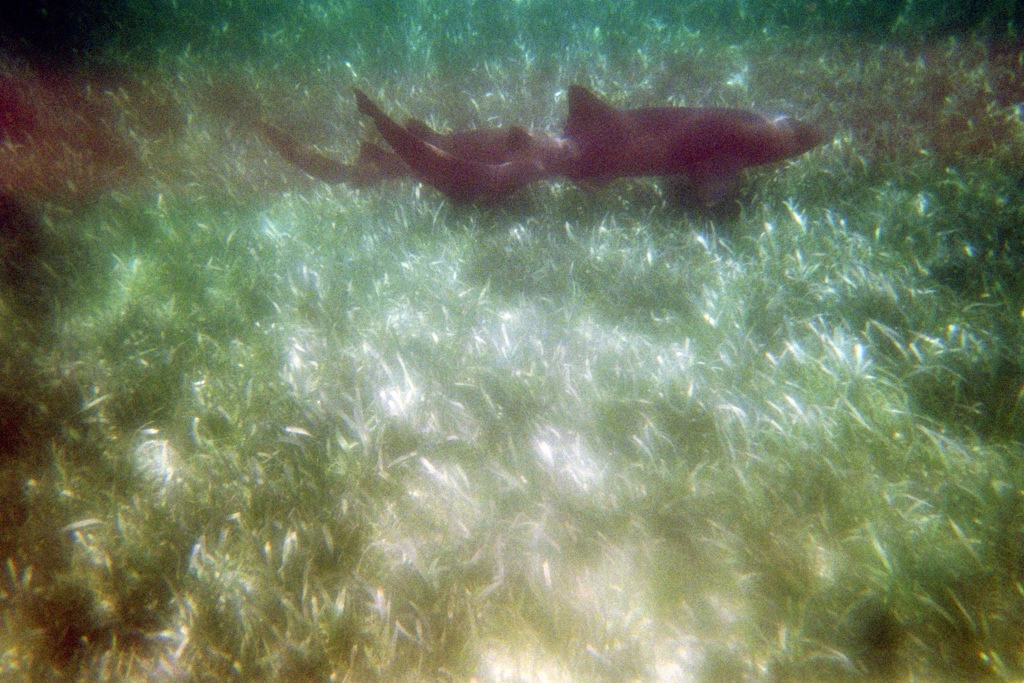 There Should be No Money in The World – My Economic Policy

There Should Be No Money In The World

Think about it- Do you think there should be no money in the world? Yes or no?

Imagine your in a tattered up smelly cottage, freezing cold, your stomach grumbling. Your family has no money, and as a result, you don’t have enough food, shelter, or water. Wouldn’t that be terrible? If there was no money, that problem you just imagined would never arise. I think there should be no money in the world because some people work really hard and only get a couple of cents a year,it’s as if everyone’s in a competition who can get the most money, and you would get any job you wanted to get.

Some people work really hard and only get a couple of cents  a year. But, even more people get thousands of dollars a year. Well, with no money, everyone will have a home and be treated the same. Also, with more people getting more money, no one will even care about the people who get none. All of this is happening for no good reason. And, money’s causing all of it. Also, what’s really important is that there will be no more bank robberies, causing chaos. And, No one will hurt or kill other people just to get their money. People should be helping one another.

Now, also, it’s totally as if everyone’s in a competition who can get the most money. And again, you’re probably thinking that competition is fun, and it doesn’t really matter. Well, it does.You already have four major needs, why do we need to get something to get them?It all makes no sense. Also, other humans should be helping one another, not competing for something to get our needs. Then all of the humans will be extinct. You wouldn’t want that to happen, do you? Everyone should have the right to get what they need and be able to do it without being able to work way too hard. There’s totally NO point in having money.

And, finally, not everybody likes their job. With no money, we wouldn’t have to get a job that gives us a ton of money. Now you’re thinking that no one ever likes going to work, right? True, but you would be able to get into any job, or start your own dream business. Also, everyone should be treated the same way. You shouldn’t get to special things only because you have enough money. And, your work would be less stressing because you’re not worrying about not doing it fast enough or getting enough money to feed your family. When you feel you’re done for the day, you can go home, get a good nights rest, and come back tomorrow. Then again, your not as stressed about everything. All because there’s no money! So, do you agree with me now?

P.S- Do you agree with me? Should there be no money?

Kid’s View: My Favorite 5 things to do at Seaworld @seaworld

In Florida, we went to Seaworld and it was so fun!! Here are the top 5 things that I really liked:

If you go to Seaworld, you should definitely do these things and you’ll love it!!

here are my videos of the seals and pengiuns too: